If you love your pokies with a bit of a musical twist, then you are going to love this offering from NetEnt. With fantastic music, awesome gameplay, and brilliant graphics, the Guns N’ Roses polies has it all. 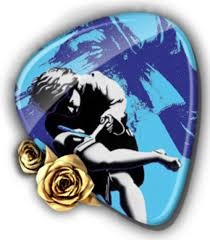 The Guns N’ Roses pokie was designed by NetEnt. It offers 5 reels and 20 paylines. The minimum bet per spin is 20 cents and the maximum bet is $100.

If you have not guessed by now, this pokie is based around legendary rock band, Guns N’ Roses. This means that you will be able to expect album covers and band members to form the symbols of the game.

We are surprised at just how much detail has been poured into the pokie. One of our favourite features is the music in the game.

Of course, this is to be expected with a machine based around a band. However, the Guns N’ Roses version boasts something that most other games do not. This is the ability to swap between songs.

There are five songs built into the game, encompassing every era of the band. This includes:

Basically, if you are a fan of the band, then you are going to love this game. A lot of this game is built around the bonus rounds and in game features, which we are going to cover in a short while. For now, we are just going to tell you that getting started in the game is simple.

Once you have jumped into the game and fiddled around with the ‘set list’, you just need to set the amount of lines you want to bet on and the coin value (i.e. the amount you are going to be betting per line). After that, just hit the spin button and pray for the best!

There are a few features in this pokie, so bear with us as we go through all of them. We feel that the number of features that the pokie posts really helps to boost the engagement that you have with the game. Far too many slot machines nowadays have bland features which really do not scratch that ‘entertainment itch’. 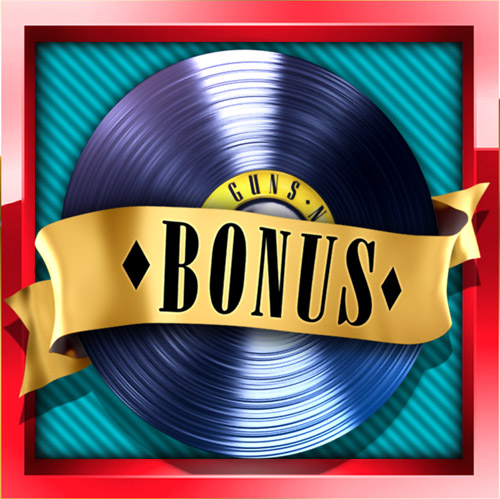 Wilds & Expanding Wilds: it is likely that the in game feature that you encounter the most is the wild. It can appear on any reel and can substitute for any symbol. This wild will turn to an expanding wild which means it can cover the whole reel, which is great.
In addition to this, there are three features which can be randomly triggered by the game. These features include:

Legends Spin Feature: you will get 3 re-spins with up to 2 stacked wild reels. The wild reels will change depending on the spin you are on.

Solo multiplier: a winning combination will be subject to a multiplier between 4x and 10x.
Finally, there are also a few bonus features. These are triggered if you get 3 bonus symbols in the game. They must appear on the first, third and fifth reels. The bonus reel will choose one feature:

Coin Win: you get given cash. This will be between 10 and 30x your initial stake.

As with most of the pokies made by NetEnt, there is also a mobile version of the game available. We tried it out on a few devices, and we can tell you that it plays perfectly.

The game is just so incredibly smooth, even on the oldest of devices. That being said, we never really expected anything less. Time and time again, NetEnt have proven that they can put together a fantastic pokie for mobile devices, and this just about proves it.

Summary – What Do We Think?

We are not afraid to admit that we love the band. We don’t think anybody would be ashamed to admit it, to be honest. However, even if we look beyond the theme of the game, you still have a pokie which is huge amounts of fun to play. It is packed with features that will keep you engrossed spin after spin.

The wonderful thing is that none of these features are difficult to understand. This means the pokie should be perfect for both new and more experienced players! If you want a class A game, then this is the one you are going to want to play!